Find this article at:
go.ncsu.edu/readext?362017
— Written By Rob Hawk and last updated by Melissa Vaughn 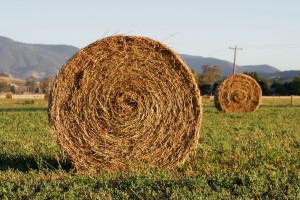 Hay making time is upon us, so it is time to not only think about harvesting, but also plans for long-term storage. Spring rains can rush farmers in the hay making process and bale hay a little wetter than normal and with this the possibility of spontaneous combustion and fires increases drastically. Hay fires have occurred up to two months after hay has been placed in the barn.

Cause of Hay Fires

Hay stored with moisture content above 20-25 percent favors the growth of fungi. These organisms generate heat due to their metabolic activity and can increase hay temperatures up to 150 degrees F. Once hay heats beyond this point, chemical reactions take over and can increase temperatures to the point of spontaneous combustion. With “wet” hay packed tightly in bales and stacked together in large quantities, fires are very possible. Whether the hay in this situation actually starts to burn or not depends mostly on the size of the stack and the material surrounding it.

If hay is stacked loose and sufficient cooling occurs at the same rate as the heat is generated, the hay may simply caramelize and turn brown or simply mold. However, if there is enough hay on the outside part of the hot spots to prevent the escape of the heat, and the carbon, nitrogen, oxygen and moisture levels are right, a fire will eventually occur due to spontaneous combustion. 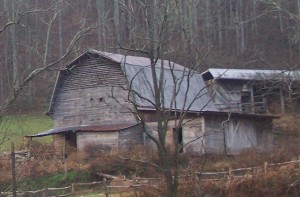 If you suspect that your hay may be heating up, the temperature can be measured and monitored by using the following process: Drive a pointed two inch pipe into a hay bale and lower a thermometer on a string down into the pipe. Wait 10-15 minutes for the temperature to stabilize then pull out and read the thermometer. Repeat in several bales. If a thermometer is not handy, drive a solid rod or pipe into the center of the bale and after 15-20 minutes withdraw the rod and if it is too hot to hold in your hand, the situation is critical. The temperature should be determined and appropriate action taken.

If temperatures are below 140 degrees F there is not any danger, unless it is early in the process. When the temperature is between 140-160 degrees F, you need to check bales on a daily basis.

If temperatures rise above 160 degrees F, check it every two-three hours and prepare to move the hay from the building and spread out so that air can get around the bales.

If the temperature reaches 180 degrees F, notify the fire department, insurance company if the building is insured, and remove all equipment and/ or animals from the area. With fire equipment on hand (not just a fire extinguisher), remove bales to the outside and do not stack, place in rows for easy access. During removal, be alert for burned out cavities. Also, hay under these conditions may flame up as fresh air strikes it or smolder in a pile for weeks. If bales ignite, soak with water and force some water into the center of the bales. If 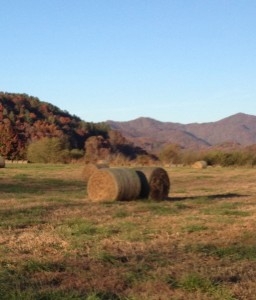 the bales do not ignite, try to save the hay by allowing the bales to simply cool down. Continue to monitor the internal temperature of the bales. The hay may be put back in the building after the temperatures drop below 100 degrees F.

Remember, carelessness with “wet” hay can be costly. Prevent hay fires by checking moisture content prior to baling and storing in dry conditions.