— Written By Dee Decker and last updated by Melissa Vaughn 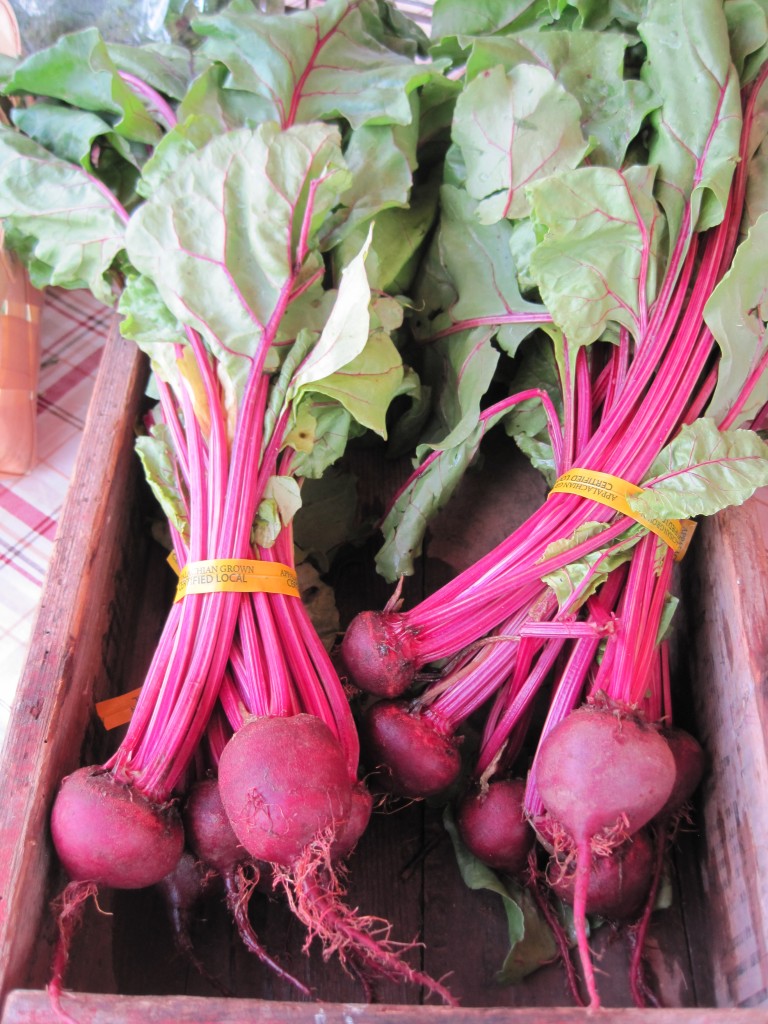 Ruby Queen and Redpack are the most commonly grown varieties in North Carolina. Ruby Queen produces a smooth, round root with a small tap root and good color. Redpack has smooth, globe-shaped, dark-red roots with short, strong red-tinged, dark-green tops.

What’s so great about beets? Beets have a sweet flavor and are an excellent source of potassium, vitamin C, and fiber. Beet are inexpensive and usually available fresh in the grocery store. Beets are low in calories and they are fat and cholesterol free. A ½ cup serving of plain diced beets has 25 calories.

When selecting beets look for firm, round beets with a slender taproot (the root at the bottom). Choose beets that are rich in color and that are between 1 to 2 inches; beets over 3 inches tend to be fibrous. Make sure the beet has a smooth surface without cuts or bruises. A beet that is over mature has a woody texture. Avoid wilted, flabby or rough beets. These beets have been exposed to the air too long.

When storing beets, cut off the greens, leaving an inch on the beet to reduce wilting and to minimize bleeding. Beets may be stored in the refrigerator in a plastic bag for up to two weeks. Beets will last up to four months when stored in a cold (32 degrees), humid root cellar or basement.

Avoid washing beets until ready to use. Then scrub away dirt with a vegetable brush under running water. Be careful not to break the skin, which is thin.

Beets can be prepared in a variety of ways. Small beets less than 1 ½ inches round are excellent raw in salads. Medium and large-size beets are good for cooking. Very large roots are too tough and woody for eating.

Boiling is probably the most common way of cooking beets, but some color and nutrients will be lost in the cooking water. Place beets in a pot of boiling water, cover, and simmer until the beets are tender when pierced with a fork. Let cool a bit then hold under running warm water. The skins should slip off along with the tops and roots.

Baking beets locks in the nutrients and intensifies the sweet flavor. Wrap beets in foil, place them in a baking pan and bake in a 350 to 400 degree oven. Baking beets takes a long time, usually between 90 to 120 minutes. Unwrap the foil and let the beets cool enough to handle. Peel them while still warm.

Here are a few more interesting facts about beets: