Find this article at:
go.ncsu.edu/readext?272284
— Written By Dee Decker and last updated by Melissa Vaughn

Some things get better with age. We believe it’s true as we kick off the celebration for the North Carolina Cooperative Extension’s 100th birthday. Cooperative Extension began in 1914 with Congress signing the Smith Lever Act to bring more educational resources to rural communities.

Throughout the past 100 years, the Cooperative Extension has served rural farmers by helping them overcome pests and learn ways to increase crop yields, worked with families to provide safe, healthy meals and encouraged youth to develop skills that made them better citizens.

The Cooperative Extension has many stories to tell, successes to share and hopes and dreams for the future. Here are a few of the stories and accomplishments that make us proud. 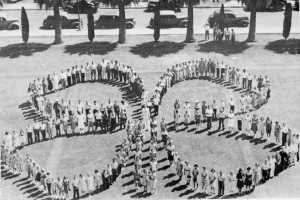 Most people easily recognize the 4-H clover that symbolizes youth development. During the 1900s what is now called 4-H went by other various names such as boys’ and girls’ clubs, agricultural clubs, corn clubs, tomato clubs, cotton clubs and canning clubs. Did you know the first emblem was a three-leaf clover introduced in 1907? The 3 H’s stood for head, heart and hands. Over the next year few years the four-leaf clover was more commonly used and was officially adopted in 1911. Also, in 1924 the 4-H clover emblem was patented. The designated green four-leaf clover represented head, heart, hands and health. 4-H is still growing strong and is actively working to help youth be the best they can be in over 80 countries around the world. 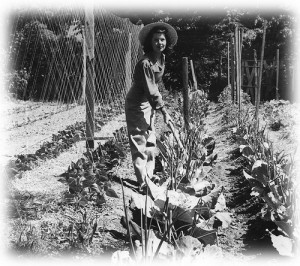 Did you know during WWII, Cooperative Extension played a key role in promoting the cultivation of Victory Gardens across the country? These gardens helped homeowners to have access to fresh crops and allowed more commercial crops to be provided to the GIs. The country responded by planting more than 20 million backyard and community gardens. It has been estimated that 40% of all vegetables eaten domestically were produced from these efforts by the end of the war.

After WWII in the United States, the Cold War began to develop and fears of attack (atomic or otherwise) became more prevalent. Cooperative Extension helped educate people, including 4-H members, on Civil Defense plans. These efforts would stay a prominent part of programming efforts through the 1960s but had begun to fade by the 1970s.

The Master Gardener program provides intense home horticulture training to individuals who then volunteer in their communities, giving lectures, creating gardens, conducting research, and many other projects. The program was started in 1972 by Washington State University and is now working in all 50 states and the District of Columbia.

Today, the Cooperative Extension continues this important role, serving communities and families, supporting agriculture and empowering youth to be leaders. We want to invite you to a part of this celebration. We will keep you posted throughout the year on upcoming opportunities to celebrate with us!

Below photos are from Swain County